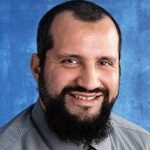 Mr. Rasoul has been in the education field since 2005. He started his career as a teacher at Olive Grove School before joining ISNA High School as a vice-principal. The school board promoted him to be the school principal in September, 2010. He is a teacher, a leader, and an active contributor to the community. He has memorized the Qur’an and conveys his knowledge through khutbas and halaqas at various mosques within the GTA.

He completed the principal’s qualification course from the Ontario Federation of Independent Schools in the summer of 2009 and completed his Master’s in Education degree from Brock University in December 2011, specializing in leadership and administration in education.

The mission of ISNA Schools is to provide a challenging academic program in an Islamic environment, preparing students for post-secondary school education.